The Aircraft Factory is bordered by Shepherds Bush to the north, Kensington to the east, Chiswick to the west, and Fulham to the south.

This area is one of west London’s key commercial and employment centres and a transport hub for west London, with two London Underground stations and a major bus interchange at Hammersmith Broadway. 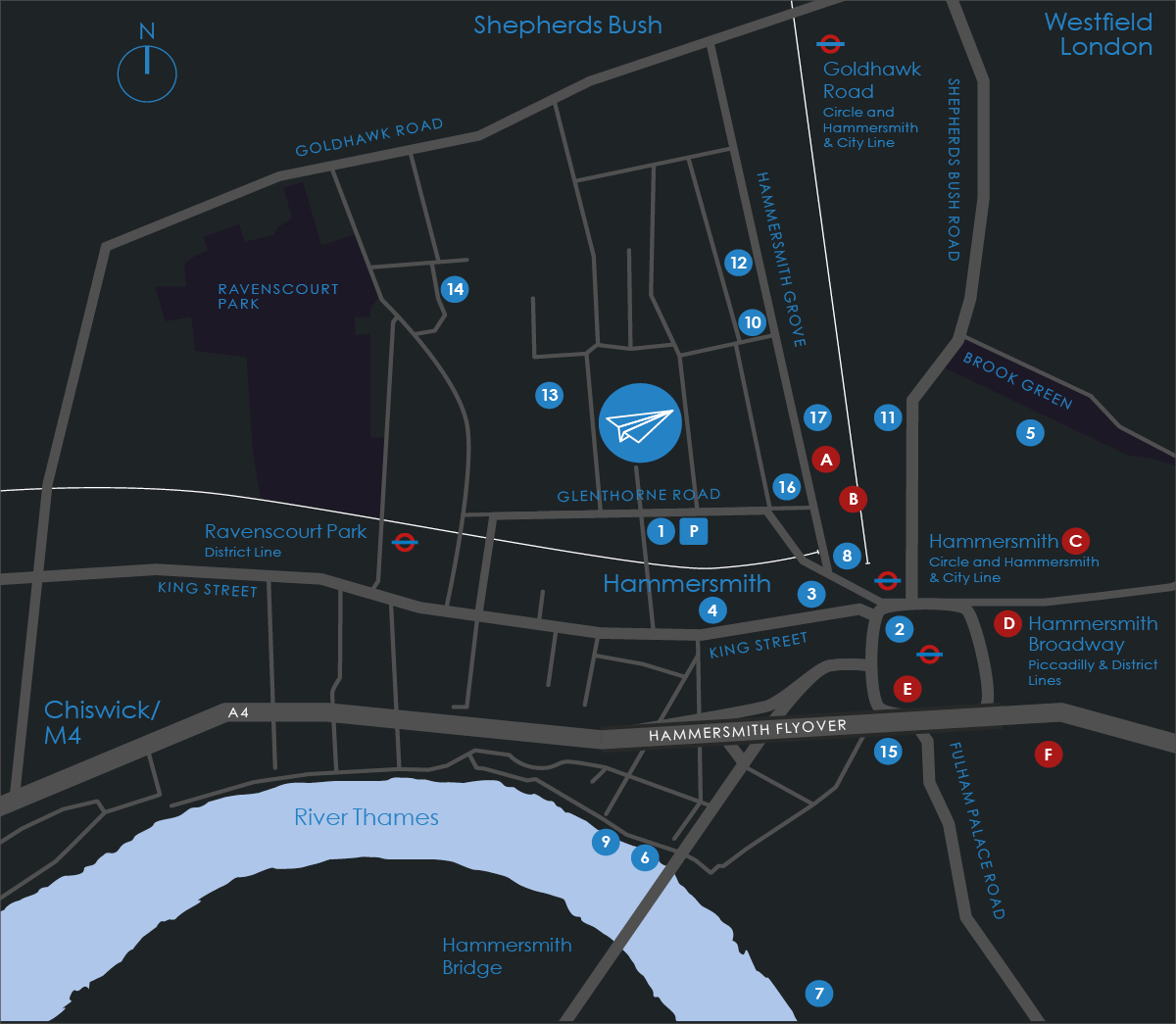